I think that Blizzard has taken a new approach to game design with the recent development and release of the Ulduar dungeon in World of Warcraft. This is pure speculation on my part, and other MMORPGs may already be employing such measures, but if it is, I’m not aware. 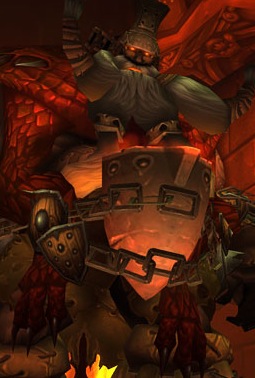 I’ve noticed an interesting trend in the stream of patches to Ulduar since it was released last month. In almost every case, the damage output and difficulty of the bosses in Ulduar (and in some cases, their trash) has been decreased. While this may be a case of Blizzard under-tuning the instance during testing and releasing something that was simply way too difficult for players in the game, I think that Blizzard knows exactly what they are doing and this is part of their new game design approach.

If you look at the Ulduar boss changes coming in the 3.1.2 patch, you’ll notice that in the case of Ignis the Furnace Master, considered by most to be the most difficult encounter in the first part of the instance (some guilds who have gotten way in to the instance still skip him), Ignis’ damage has been reduced by half. That’s a major change to the difficulty of the encounter.

When Blizzard spoke of the gameplay design approach to Wrath of the Lich King, one of the things they made very clear was that there would never be an instance as difficult as the Sunwell again. They would not build raid content that only a small percentage of the 12 million people who play the game would see. It costs Blizzard millions of dollars to develop a raid instance, and they want to make sure that as many people as possible can see it. They’re not giving away the keys to the kingdom — Blizzard expects players to be geared appropriately and have some modicum of skill — but they don’t want to create something that 5% of their player base will see. That’s just bad business.

And at the end of the day, it is about business. Although the overall WoW subscriber base trended upwards even as the release for Wrath approached, there were a good number of longtime players who said "Goodbye!" to WoW when the Black Temple instance was released. Given the difficulty of defeating Archimonde in the Battle for Mount Hyjal (one of the most randomly evil encounters Blizzard ever made), which was a prerequisite for gaining access to the Black Temple, and given that you had to defeat both [Vashj](http://www.wowwiki.com/Lady_Vashj_(tactics) (the guild destroyer) and Kael’Thelas in order to access Mount Hyjal, a lot of people said "I’m out. I’ll never make it to see that." Those people left and many returned when Wrath was released because they still enjoyed playing WoW, but felt the goals of defeating Vashj and Kael and Archimonde to get a shot at Illidan (which would then and only then give you a shot at the Sunwell) was simply too far out of their grasp.

That cost Blizzard money. And Blizzard is in the business of making money (by making great games).

So when Blizzard sat down to map out the gameplay for Wrath of the Lich King, one of the design choices was to remove the barrier to entry for raiding. Blizzard wanted to make sure that even casual players could raid if they wanted to do so. The result: Naxxramas and guilds clearing the instance within a week or so of Wrath’s release.

Naxx is a fairly easy instance and accessible to most players. Ulduar, by contrast, was supposed to be "raiding 201." It was (and is) supposed to be much more challenging. It’s still accessible, as long as you’ve got some gear from Naxx and have some skill, you should be able to take on the first few encounters.

But then Ulduar was released and two things happened: some of the best guilds in the game cleared the instance within a few days and even managed to take down some of the bosses in hard modes. Within a week or so of the instance being released in to the game, every boss in both regular and hard mode was down, save for Algalon, on whom attempt time is limited to one hour a week.

So was Ulduar too easy? Had Blizzard not followed through on their promise of making raiding more challenging?

Although some of the best players in the world managed to steamroll their way through the instance, well over 95% of the players in the game did not, and have not. They (we) are finding it to be challenging in some places, hard in others. Some people complain that it’s even too hard in places — Ignis being one of them. But if Blizzard is decreasing the difficulty of the encounters, including Ignis, then how can it be too hard?

And that brings me back to the beginning: progressive scaling for game raid instances.

Here’s what I think is going on: Blizzard looked at gameplay data and said "Great. We achieved our goal of making raid instances accessible to everyone by making Naxx easy enough for even the most casual players to take part it. But we’ve also got a lot of players who complain that the instance is too easy and the game is not challenging as a result (never mind most of these people can’t take down Malygos or Sarth +3D). So we need to make Ulduar harder, but we can’t make it so hard that some of the more casual players will get immediately turned off by its difficulty."

So this is what Blizzard does: release the instance at the desired level of difficulty for more experienced, skilled guilds and progressively scale the difficulty of the instance down as time goes by so that more and more players are able to experience the content which they took great time, care, and money in creating.

This allows Blizzard the following:

I’m not saying that eventually you will be able to walk in to Ulduar in level 80 greens and faceroll the place. Blizzard’s plan is still very much that you need to pick up some gear and raiding experience in Naxxramas before you come to Ulduar. But if the nerf train continues, 70-80% of players at the end game will be able to see a lot of Ulduar, rather than the 20% or less who wound up seeing Mount Hyjal, the Black Temple, and the Sunwell.

Won’t the more experienced, more skilled players cry foul if Blizzard keeps reducing the difficulty of the encounters in Ulduar? Of course. I understand their frustration. It was a huge accomplishment to take down Vashj before patch 3.0 came out (only 13% of all players in the game did it). I still have the "Hand of Adal" title after my name in the game because of the difficulty of attaining that achievement. If it were easy to get and anyone could get it, I probably wouldn’t keep it around. So when the truly skilled take down a boss and get an achievement in Ulduar, but then see the encounter get nerfed and a lot more players suddenly taking down the boss, those skilled players are not likely to be happy.

And Blizz knows it too.

If this is the case (and I really think it is — they’ve introduced a reverse kind of progressive scaling with the siege engines for both Flame Leviathan in Ulduar and, soon, in the battle for Lake Wintergrasp, where the durability of the vehicle scales up with the quality of your gear), then I think it’s pretty damn smart. Sure, they’ll have some of the best players complaining that Blizzard has made it too easy for people to see all of Ulduar, but they’ll have their world or server first achievements to show for their hard effort. Blizzard will always have people who complain about everything in their amazingly well-designed games, but they’re also making it so that a lot more people can see Uldaur, and by so doing, making those people happy. Happy people play more, don’t suspend or cancel their subscriptions, and that, in turn, makes Blizzard happy.